A high performance, compact 1U 19″ rackmount ruggedized PC system for system controller applications, controlling any size of NTP router system. The 635-800A controller is operated by the Router Control System RTOS QNX based software RCCore.

The Controller can be used stand alone or in a redundant configuration with two or more controllers active.

The Router Control Core (RCCore) is a software application that handles all set-up, control, and supervision of the NTP
routers in an NTP audio router system, as well as the communication interface to the VMC and BLISS NTP control systems, and third part communication protocols.

RCCoreV3 is based on the self contained real-time operating system QNX Neutrino. The QNX Neutrino RTOS is extremely
reliable and is specially designed for critical industrial applications and superior embedded designs.

RCCoreV3 hosted on the 635 controller can replace the DOS based Sys632 and the NTP 632 controller. The RCCoreV3 software operates through network based infrastructure with all communication based on TCP/IP link protocol, and 10/100Mbit LAN/WAN interfacing. 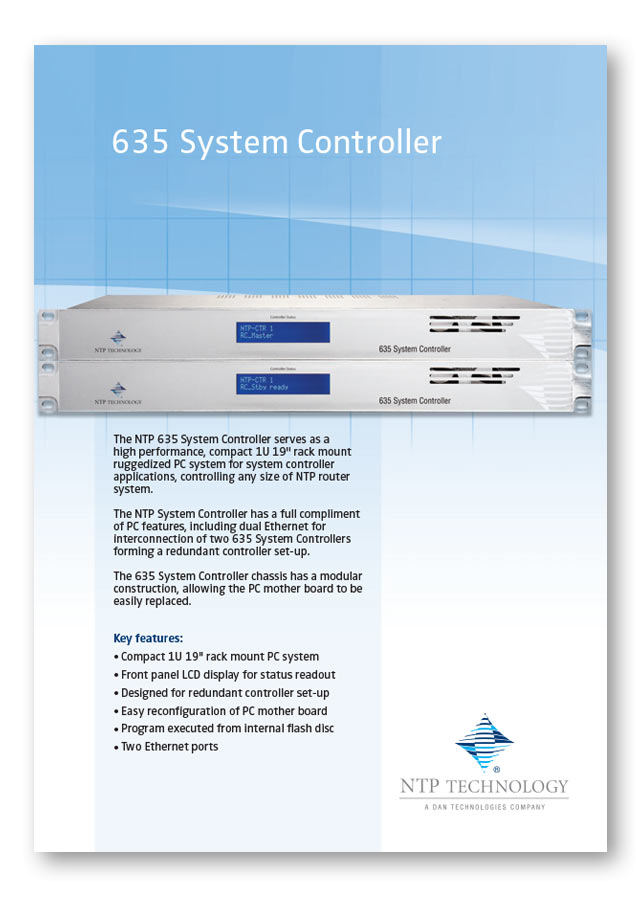 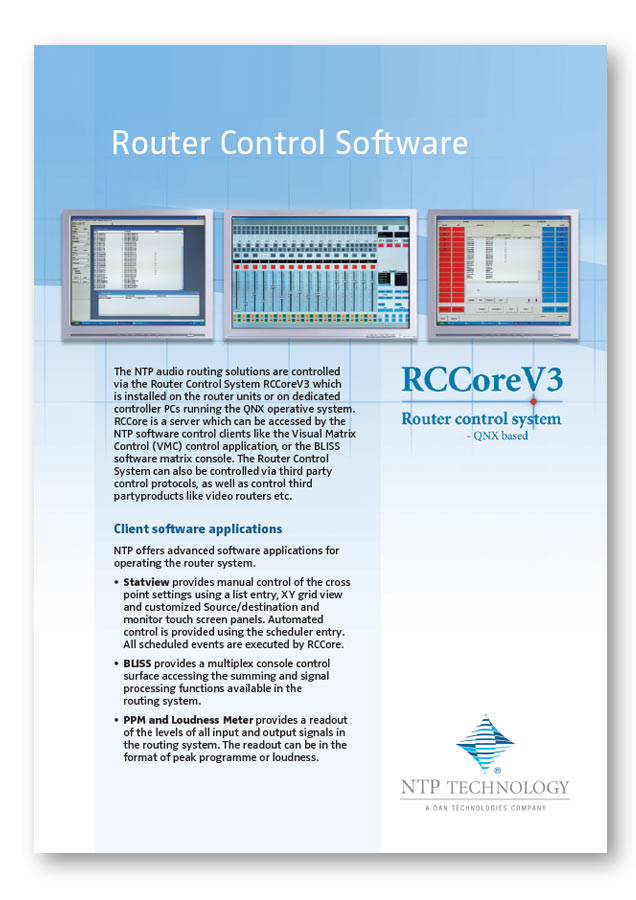