Kringvarp Føroya have just added a 128-channel Dante card to the Penta 720 audio router in their OB truck in order to broadcast a unique concert with the Faroese folk metal band Týr and the Faroese Symphony Orchestra. 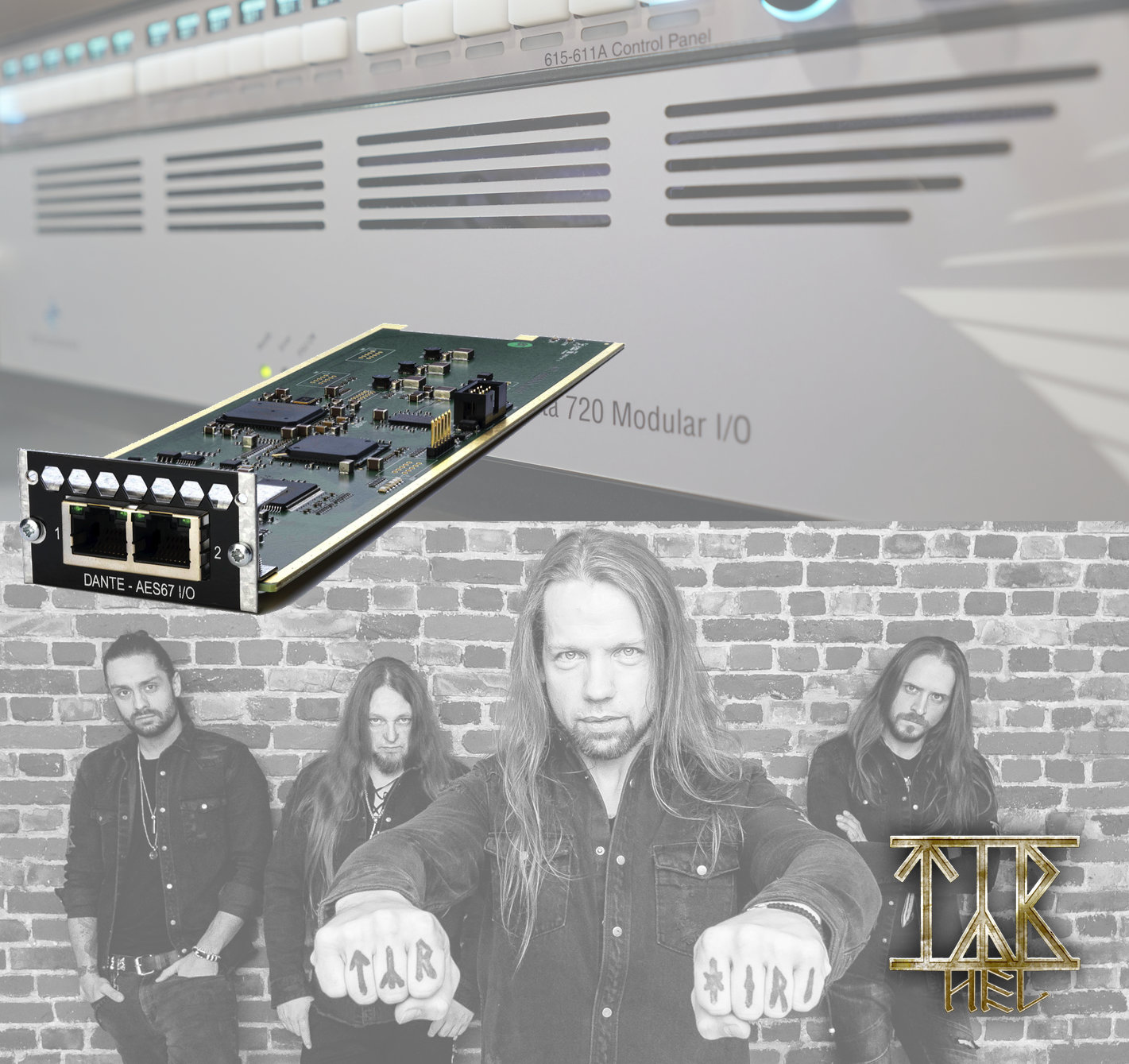 Týr uniquely blends nordic folk music and heavy metal and performs 75-100 times a year throughout the world. And for this special broadcast, they now return home to play two concerts with the Faroese Symphony Orchestra. Guitarist and lead vocalist, Heri Joensen, says: ”It has been a dream since I heard Deep Purple with a symphony orchestra – and later also Metallica.” The band is excited to give the audience a major experience – and hope to also learn some things from such a collaboration.

It is the first time in history that the Faroese Symphony Orchestra takes on a heavy metal band head to head, and 15 songs have been arranged for orchestra and choir by the Icelandic composer Haraldur Sveinbjörnsson. To head the orchestra, Bernhard Wilkinson is conducting.

The Dante expansion card for the Penta 720 became necessary, as the live production will be done on a Dante-based system. By adding the Dante card to Kringvarp’s Penta 720 audio router, they can easily receive all audio feeds digitally from the live system. And with the on-board sample rate converter on the Dante card, they don’t even need to worry about synchronisation with the live system.

In fact, we learned from Kringvarp Føroya that the Dante Card has been put to very good use, as they track 130 channels of which 117 is via Dante and the remaining 13 through MADI.