To Ina Nikolow and Benedikt David, partners and co-founders of Headstart Records in Vienna, capturing the utmost natural sound is all that matters when they set out to record the best classical musicians perform in the most legendary halls. 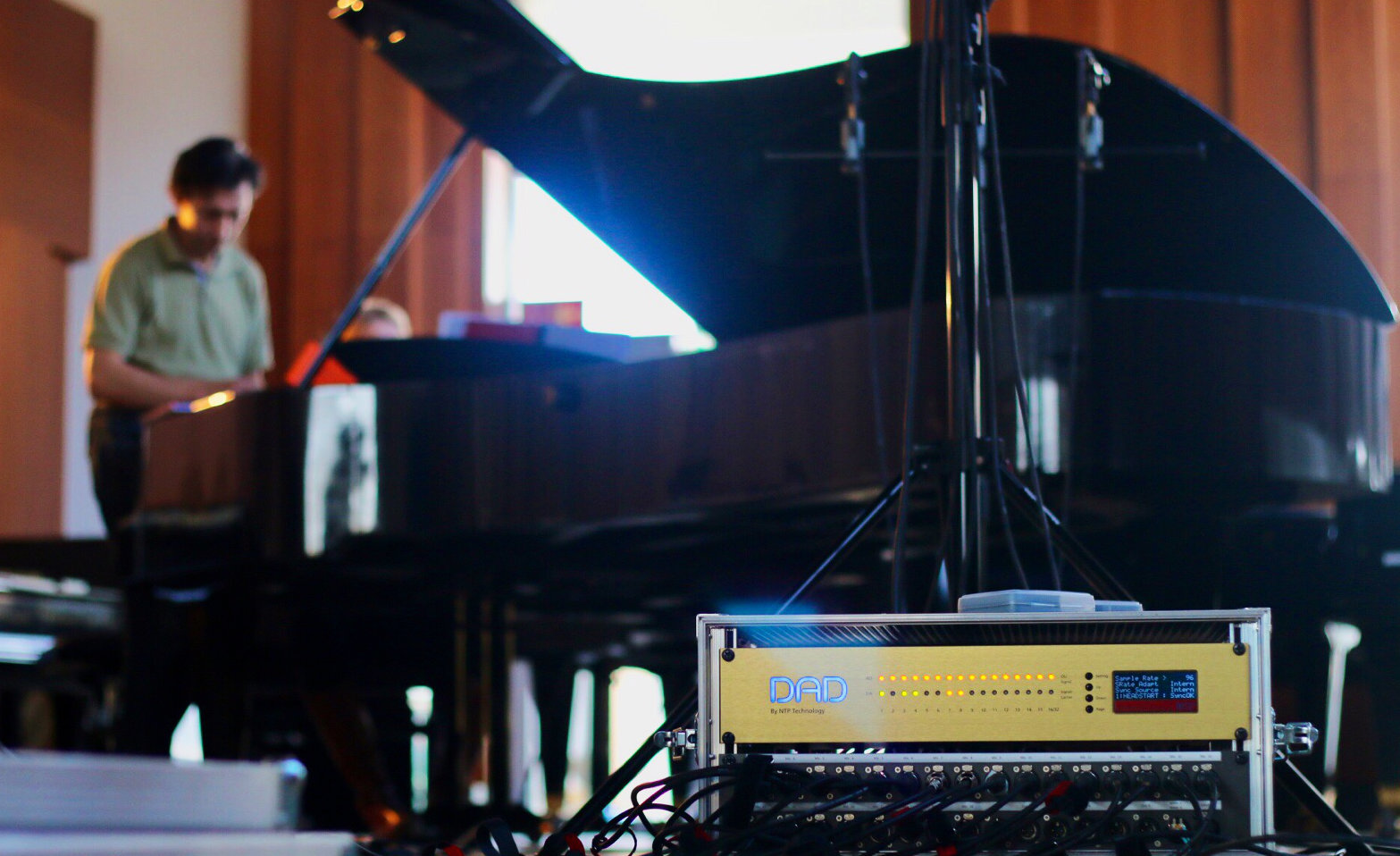 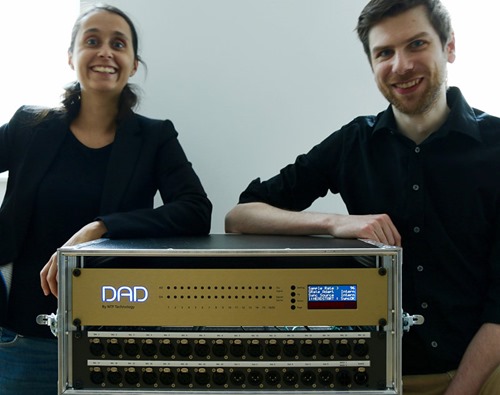 Their philosophy is to go for a compact recording setup that is easy to take to the environments that sound naturally great – and then prioritize to only bring gear of the highest quality possible. In essence, that boils down to an AX32 (with 24 mic preamps) and a wide palette of high-end microphones.

“In total, we have 24 channels of AD and 8 channels of DA installed in our DAD AX32,” Ina Nikolow explains.“Typically, we use about 8-16 channels for sizes up to a chamber ensemble and 24-32 channels when recording bigger ensembles like a symphony orchestra or an opera. It also depends on the requested audio format – whether the production is due for delivery in stereo or multichannel surround formats.”

In fact, we’ve tested the DAD AX32 along with some of the competing products in this field and unanimously preferred AX32 over all other products.” 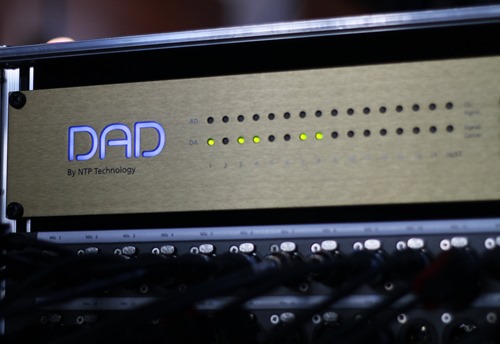 But of course no chain is stronger than its weakest link, and an audio signal chain is surely no exception, so how about the critical analog to digital conversion stage following the preamps?

“The AD-converters also deliver an amazing clarity and depth, especially in comparison with solutions we’ve used in the past. For the recording setup, we mainly focused on the AD converter’s quality, but the benefit we get from having DA-converters of such sonic quality is a pleasant bonus.

Handling-wise, it’s also very convenient to have everything built-in, which leaves us prepared and ready-to-deliver in otherwise stressful situations – such as last-minute requests for e.g. an analog feed for TV production on stage.”

Connecting via Dante and MADI 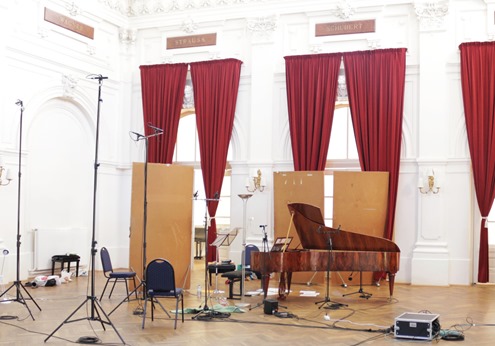 Ina and Benedikt use Dante, as well as MADI, as both formats represent perfect opportunities for long cable runs without sacrificing any audio quality.

“Of course, one of the big benefits of AoIP is – as it is with MADI, too – the possibility to run long distances without any quality loss in the audio signal, and all that in a single cable. With the DAD AX32, it’s very convenient for us, as the cable is already in use for the remote control, so why not use it for audio, too!?

That said, there are many more options with IP audio that we don’t use yet, but might become interesting for us in the future. It’s good to know that we have a future-proof setup and are ready for a lot more complex settings.

In short, the AX32 is the centerpiece in terms of our audio routing setup. Typically, we place it on the stage to be as close to the microphones as possible. This way, we are able to convert to digital as early as possible and thereby avoiding the use of large analogue cores. Using the optical module, the AX32 feeds two notebooks with MADI interfaces via redundant fiber cores. This is a very effective and secure way and guarantees to preserve the pristine sound quality we get from the converters.”

A Wide Selection of Microphones

For any audio engineer, microphones are a critical part of the setup, and while some swear to a single brand, Ina and Benedikt like to keep their options open and have a large and versatile selection of mics at hand. 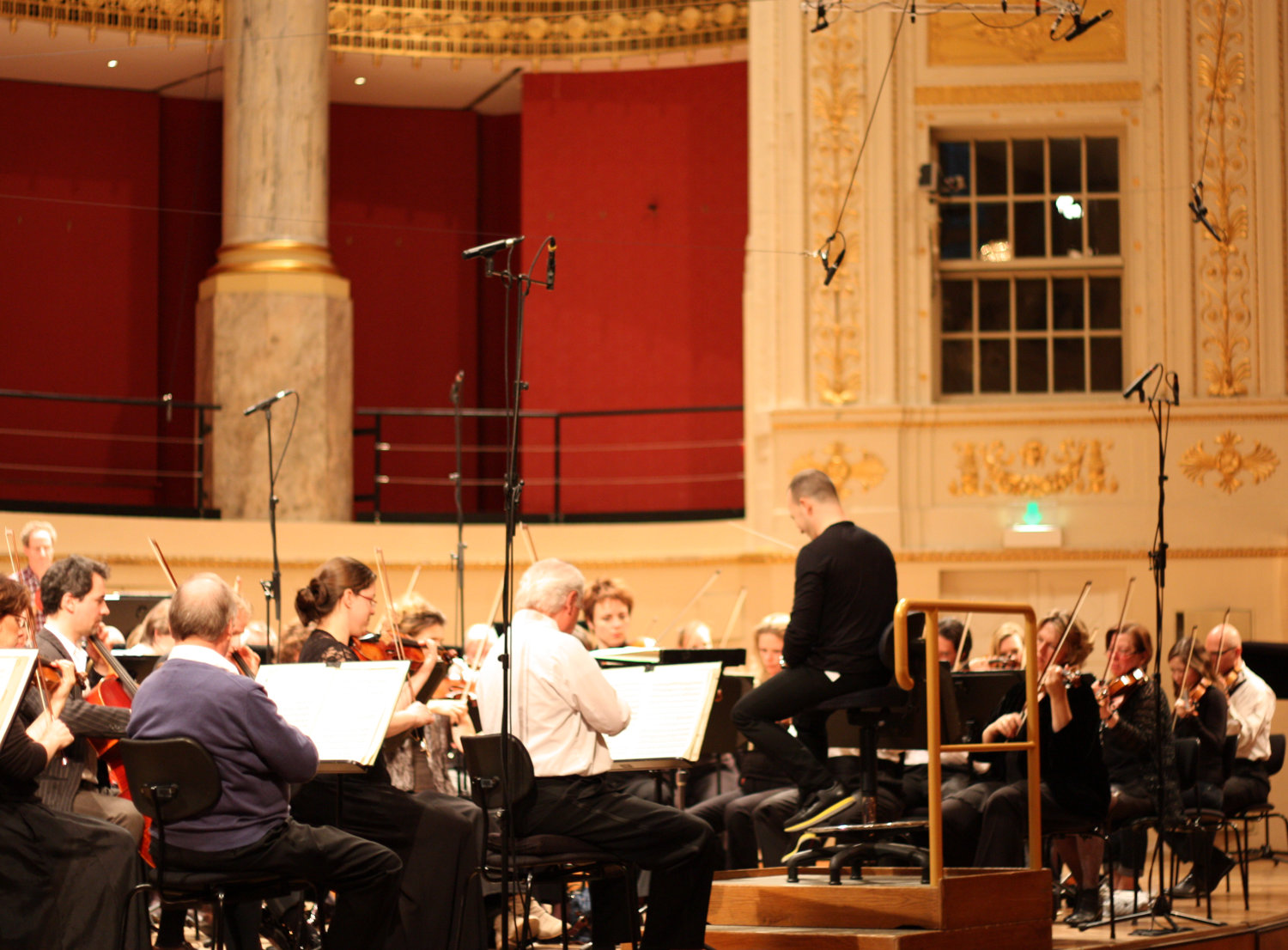 “We use a carefully chosen selection of high-quality condenser microphones from Sennheiser, DPA, Schoeps, Neumann, AKG and Microtech Gefell. Each recording situation is unique and requires different types of microphones, but of course we have found a collection of premium microphones that we rely on. However, always remember that the ear is the final judge!

This is also important, as we specialize in acoustical music, especially classical music, which means that the setting can be very different from session to session. For instance, from early to contemporary music to solo instrument or symphony orchestras.

In recent years, we have had the pleasure of recording a lot of performances on period instruments – but of course, a heavy focus lies on ‘Wiener Klassik’ and romantic music. After all, we’re located in Vienna!

And of course, in this genre the AX32 can really shine with its natural reproduction of the acoustic hall with regard to perception of depth.”

Ina and Benedikt both studied to become Tonmeister with a focus on music production at the University of Music and Performing Arts in Vienna, where they studied alongside composers and conductors. Classical music was an integral part of the studies, and they quickly learned that classical music depends very much on the hall it is being played and recorded in. 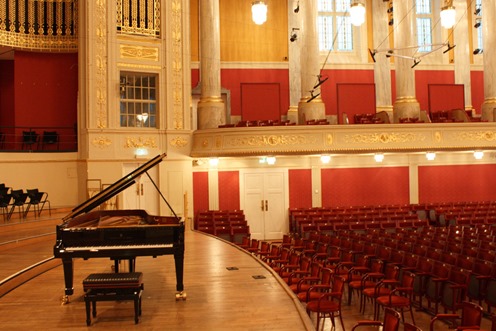 “There is no such thing as the one hall that is perfect for everything – for instance, an oratorio needs different acoustics than an opera or a string quartet. So, we quickly realized that if we wanted to record in a suitable hall for the music, we would need to get a compact recording setup that could be used everywhere.”
Having their Tonmeister degrees secured and more than a decade of experience from the field (literally!), Ina and Benedikt are happy to share a few tips for aspiring location recording engineers.
“First of all, learn how to speak the artists’ language, so they can relax and focus on the recording without thinking too much about the technical part. That is your responsibility – not the artists’.

And speaking of the technical setup, try to remember that you don’t need each and every piece of gear that is out there. It’s better to focus on a small setup of really high-class equipment that you really know inside out.”

“When it comes to microphones, don’t rely too much on standardized mic spots! Just like there is no single perfect recording environment, there isn’t one perfect microphone spot that always works. Each instrument, each ensemble and all acoustics have their own particular sound that needs to be treated as individually as the musicians playing it. The position of microphones should be your number one priority – and the ear always has the final say! 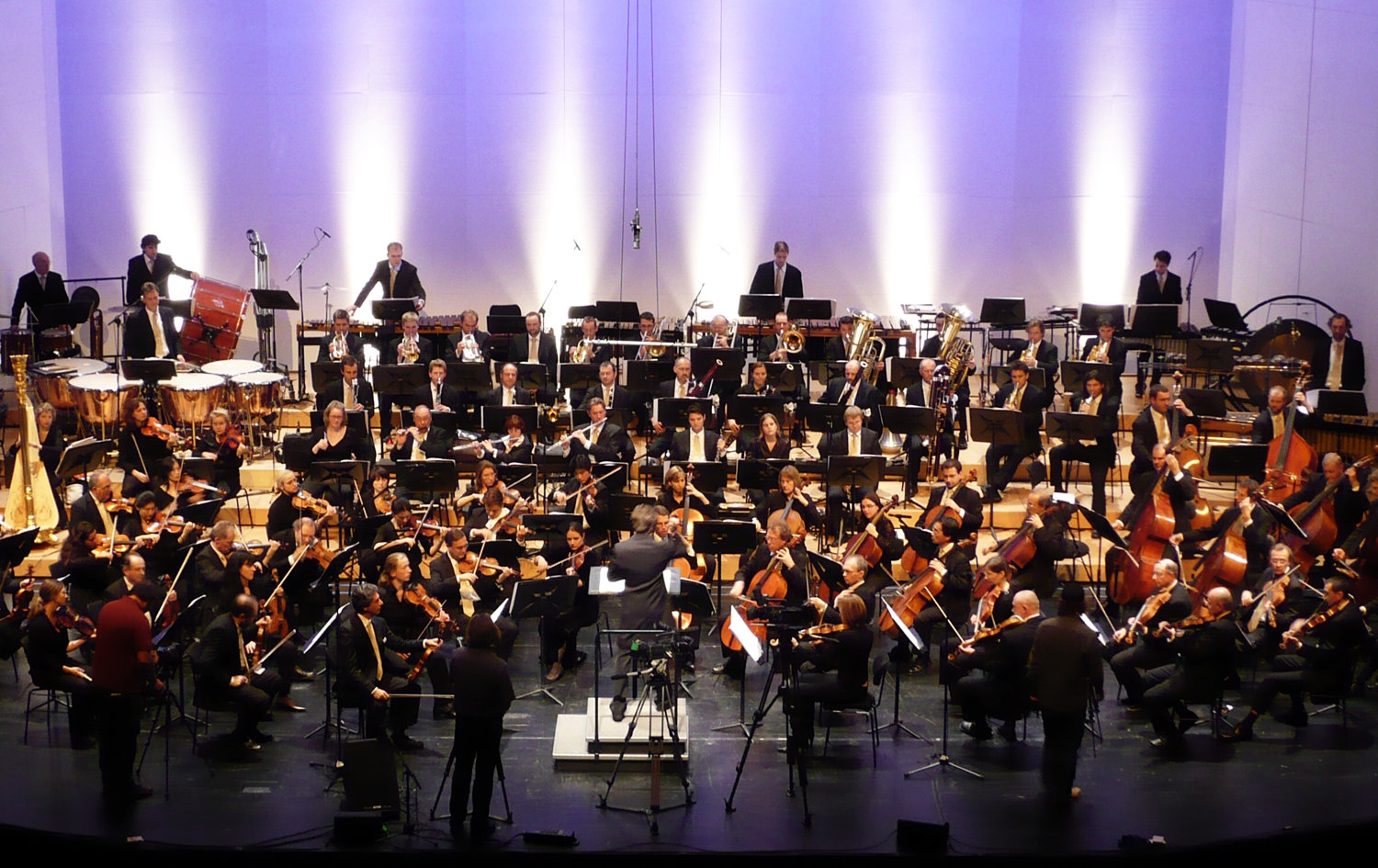 Our approach contains miking different layers in the sound field. The Main Pair is the most important in classical music, and we prefer omni mics, as they reproduce the ensemble as a whole in relation to the acoustics of the hall. Spot mics then deliver the necessary presence and allow us to make small adjustments in the balance.
We also never spare the effort of setting up ambience microphones, because even the best digital reverb can’t compete with the natural ambience of the recording venue. Especially bigger ensembles benefit from it – you get a beautiful depth and an excellent bonding of the individual instrument groups.” 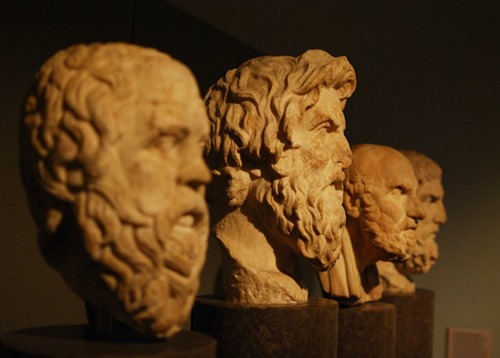 As mentioned, Ina and Benedikt have been working professionally for more than 10 years by now, and right from the start Headstart Records was founded with the premise to serve the highest demands.

“The focus is always on the music and the artists, and we want the technical equipment to capture the music as naturally as possible. The neutral sound of AX32 is a vital component that helps us reach our vision according to our philosophy.”

Over the past decade, Headstart has recorded a wealth of classical music albums, as well as music to be used for TV and film productions, and among the highlights, you will find:
• Music Recording for Documentary „Pianomania“ (German Film Award for best sound) with Lang Lang, Alfred Brendel, Pierre-Laurent Aimard

• Puccini Recording for Motion Picture “Mission: Impossible – Rogue Nation” with the Vienna Philharmonic Orchestra
• Recordings with e.g. Arditti Quartet, Daniel Barenboim, Andreas Ottensamer, Maurizio Pollini, Rotterdam Philharmonic Orchestra, Sir Simon Rattle, Christine Schäfer, Grigory Sokolov, Christian Thielemann, Vienna Philharmonic Orchestra
To wrap up this interview, we asked for a little location recording anecdote, and the Headstart team shared this one about how a single session was being challenged by excessive amounts of noise coming from the surrounding environment – inside as well as outside.

“Sometimes, the recording itself needs the least of your energy. We once had a 5-day recording in a very noise-sensitive hall. One thing was some of the expected challenges like bird chirping, children on a nearby playground and general street noises, but that was only the tip of the iceberg.

Also, a lawn mower was scheduled to do all of the lawns in the area around the recording complex during the recording time, and a shed right outside the building needed to be cleared, which caused a lot of noise and yelling.
And not least, the room underneath the recording hall was rented out to a drum workshop. It was almost a sign when also rain started pouring like it was the end of days. No wonder the musicians got very thin-skinned in the course of the recording, and we were busy focusing on the music…”

Wow! It almost seems like a miracle that a great recording came out of this session, and while we are thrilled to hear that AX32 does a great job for Ina and Benedikt, we also realize that not even our AD-converters can filter out rain, drums, lawn movers or birds…

Luckily, this was an extreme example, and in most cases it is a lot easier for Ina and Benedikt to focus on the music and capture the magic that only great music and skilled performers can create.